Miami skyline boasts the tallest skyscrapers, which have added a high status, prosperity, and prestige to Miami. Miami has giant trade and international foreign business. So, it requires the magnificent tall towers to set up the commercial offices.

Situated in the sub-tropical state of Florida in the USA, Miami is now recognized as a fabulous City. Drawing over 15 million visitors a year, Miami knows how to please you with its sparkling beaches and beguiling skyline. And speaking of the skyline, Miami is proud to have the country’s third-tallest one with over 300 high-raised structures under its belt.

In 1912, the six-storied Burdine’s Department Store was built and then in 1925, the Freedom Tower was raised with pride. Miami skyline has grown to come in ranking right after NYC and Chicago since then. The Miami skyline, either from the Bayfront Park or from atop the skyscrapers, is visually brilliant. Miami skyline plays a role to enhance the city’s economy greatly over the decades.

The art-deco architecture and the everlasting youthful nightlife make Miami one of the top tourist hubs in the USA. Tourism is the number one industry in Greater Miami. Because the money spent by visitors on shopping and lodging generates hefty taxes, that are reinvested in developing the city. The Miami skyscrapers play their own unique role in tourism, and hence in its economy.

The Miami skyline silhouette is intricately sketched with steel-cladded and glassed skyscrapers. Like, the Panorama Tower, which at 868ft is the tallest tower in the city and Florida. However, this was only built in 2017. It was the prosperous commercial days of the 1980s that led to the development of Miami’s skyline, a part of Miami’s top attractions.

Moreover, the 100 Biscayne Tower (358ft), One Biscayne Tower (492ft), the Miami Tower (625ft), and the Southeast Financial Centre (764ft) still remains prominent. They add equal value to both Miami’s skyline and its economy as well. Further adding to the cityscape’s splendor was the epic boom during the first 10 years of the new millennium. The developers constructed that time 53 buildings over 200ft height. For example, the Four Seasons Hotel (798ft), One Miami Towers (over 400ft), Vizcayne (over 530ft), and the Icon Towers (600ft).

Each of these condos, hotels, and office skyscrapers reflects the Miami sky-view during the day and sparkles up the Miami skyline at night. All these high-rises make one of the many factors that highlight Miami as the third richest city in the USA. Alongside tourists, numerous business travelers visit here for business purposes.

They enjoy the lavish hospitalities provided by these commercial buildings. These towers have high-tech office facilities and spaces perfect for hosting conferences, business events, and international meetings. As a consequence of successfully attracting national and foreign investors year-round, the Miami economy has been greatly benefitted.

Miami’s 3rd tallest skyscraper is the Southeast Financial Centre and is also the tallest office building.

At 764ft high, built-in 1984, it stands at 200 South Biscayne Boulevard. In January 2010, this composite structure was certified with the LEED Gold award. It was the first and only office structure in Miami to receive such honor. The tower has two parts: office tower (55 floors) and parking annex (15 floors).

This financial center comprises retail shopping and a banking hall. Furthermore, it also includes the famed Downtown Athletic Club and the deluxe Miami City Club. The tower highlights Miami’s skyline to the point, where it can be admired from as far as Fort Lauderdale city. Some banks, investment, and law firms like, DLA Piper, Goldman Sachs, Wells Fargo, and White & Case hired the commercial spaces here.

This skyscraper is an ultra-luxury condo structure with an exoskeleton.

This 700ft high tower has 83 units and the most expensive apartments costing up to US$49 million. As an epitome of luxury, it offers breathtaking views across Miami. This tower hosts a two-storied aquatic center, sky lounge, multimedia theater, and the city’s first private helicopter pad.

However, the building’s most impressive feature is its winding frame. Not only does the exoskeleton allow increased interior space, but it also adds rigidity to the tower. Giving off the Zaha Hadid aesthetic, One Thousand Museum is definitely a modern infrastructural icon of Florida.

It’s a 700ft high residential tower and is the 6th tallest skyscraper in Miami. This super lavish tower consists of 569 residential units alongside an extensive deck of amenities. For example, there are sports amenities that include an outdoor football field, two tennis courts, an indoor basketball court.

Paramount also adds 5 swimming pools with cabanas and a golf simulator. Furthermore, to pamper residents, there is a gym with a boxing studio, a spa, a gaming room, bars and lounges, cafes.

There are lush gardens surrounding the building with wide walking pathways, while the rooftop has an observatory deck and a helipad too. The Paramount tower is indeed exemplary of why Miami is referred to as ‘America’s city of the future.

Situated along the west side of Biscayne Boulevard, 900 Biscayne Bay is the 8th tallest skyscraper in Florida’s Magic City.

Built in 2008, it is also Miami’s tallest all-residential tower. This amazing building in northeastern Downtown Miami is the embodiment.

Located near the cruise ships and the American Airlines Arena,

this tower is perfect to live in and to relish life. Such residential buildings aim to provide citizens with the most improved quality lifestyle through the best housing facilities.

Located in central Downtown Miami, the Miami Tower is a 47-storied office skyscraper famed for its sumptuous nighttime illuminations.

This tower consists of two distinct structures: a city-owned 10-story parking garage and a 47-story office tower. This crescent tower includes some top companies in Miami. and It provides access to numerous hotel, restaurant, and retail options through the onsite Miami Metromover Station.

Additionally, its array of amenities features high-tech conference halls and a fitness center. It’s also the network upon which the Miami horizon is easily decipherable. During the day, the Florida sunlight reflects against the blue glass panels, while at nightfall it’s irradiated with kaleidoscopic colors.

What makes it even more unique, is that the tower lights change throughout the year respective to the different celebrations. For instance, during Halloween the towers glow in purple, it lights red and green for Christmas. It adorns the colors of the flag for American Independence Day.

The Miami Worldcenter is a cosmopolitan development containing more than 28 acres of retail, office, residences, hotels, and amenities are unlike anywhere else in Miami.

The Mall in Miami Worldcenter is the most convenient location on the busiest roads in the most desired location in Miami. There’s about 600,000 sqft of convention space and 1800 luxury hotel rooms at the Marriot Hotel and Convention Center. And connecting these two are in the 7th Street Promenade.

It will rise to a maximum of 749ft. Various structures with exemplary housing segments and comfy hotels form a dynamic municipal neighborhood in  Miami. Hence, all day long locals and visitors flock to the area for experiencing every kind of pleasure that it has to offer.

Miami’s hotels rank among the bests in the world. The tallest of all hotels in the city is the 70-storied Four Seasons Hotel and Tower. It’s a luxurious 5-star hotel standing tall and proud at Brickell Avenue since 2003. It used to be the tallest skyscraper for 14 years before the Panorama Tower bypassed it in 2017.
The Epic Residences and Hotel (601ft) comes second in height, followed by Viceroy Miami and Intercontinental Miami hotels. Along with many of the other exclusive hotels and resorts, these play a major role in attracting tourists in Miami.

The Four Seasons Hotel and Tower is the 2nd tallest among all the skyscrapers in the city, standing at 798ft high in Brickell.

This heart of Downtown Miami is also marked as the 81st tallest in the USA. Its entrance lobby features an 80ft tall waterfall. The walls here are fawn, floors are covered in warm-toned marble, and decorations are in the shades of green and blue.

From the large glassed windows of most suits, the Atlantic Ocean can be gazed at and admired. Its rooftop pool terrace is surrounded by natural palm trees that refresh the ambiance. With its fine outpost dining serving modern cuts and seafood, it is indeed the most lavish and expensive hotel in Miami.

There are numerous outdoor dining scattered throughout the city; rooftop restaurants are like an added blessing.

Each of these Miami skyline restaurants provides the most soaring and pleasing views of the Magic City. Their menus also don’t stand second to the skyline, hence why they are usually the talk of the town. Visitors enjoy the Miami Beach skyline with the candy-colored sunsets and feel the flowing breeze at South Beach

while  Travelers enjoy luxurious cuisines made by the best chef prodigies, the Juvia at Lincoln Road and the Watr at 1 Hotel. Miami skyline is definitely worth admiring with every bite of their special sushi rolls and lettuce wraps.

Furthermore, for a corporate meeting over the skyline with sea-food (and cocktails), Area 31 at the top of Epic Hotel is undeniably perfect. There are many more such restaurants offering impeccable views of the cityscape and the beaches all throughout Miami. None of these fail to attract locals and visitors alike to treat them with immeasurable delights of food and drinks. Therefore having an immense impact on Miami’s business and economy.

Miami city and its skyline know how to please the visitors. With luxurious hospitality and vast leisure offerings, there’s no doubt that even a 24-hour stay in this Magic City will be worth every second and penny. 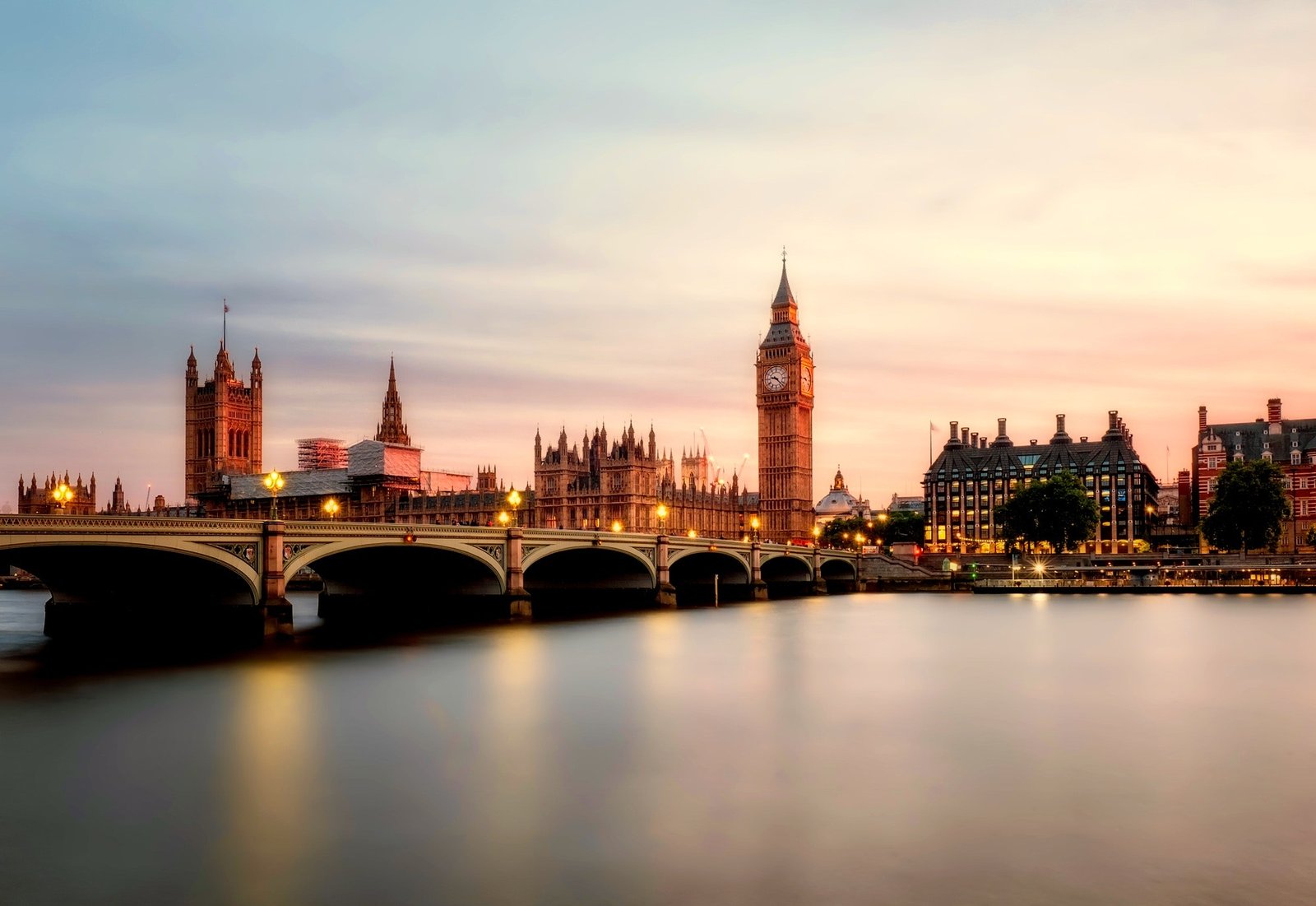