Things to do in Michigan include infinite possibilities for individuals who want to experience nature, particularly near the Great Lakes’ coasts, where freshwater marshes and coastal ecosystems far off the sea.

Because of the state’s diversified geography, rich heritage, and iconic city of Detroit, Michigan’s greatest tourist spots cater to a wide range of interests. Undoubtedly Michigan can be listed as one of the most vibrant places in the world.

Mackinac Island provides a glimpse into a bygone era and a quieter mode of living. Tourists can catch a ferry towards the island and enjoy the day shopping in the ancient town, riding in a chariot carriage around the island or exploring Fort Mackinac.

Mackinac Bridge, inaugurated in 1957, links Mackinaw City within Lower Peninsula and St. Ignace situated on the Upper Peninsula. It was one of the longest and largest suspension bridges, and it eased traffic congestion caused by automobiles, awaiting ferry transit across the strait. Many intriguing and unique objects from the creation of the Mighty Mac, can be found at the Mackinac Bridge Museum, which is also worth visiting.

The 3rd largest of the Great Lakes, Lake Michigan, is a major tourist attraction. Tourist hotspots include the Manitou Islands and the Beaver Island Archipelago.

The Sleeping Bear Dunes National Lakeshore includes the Manitou Islands, which are notable for their vast dunes situated on headlands all along seashore. The state park is among the most popular, with a variety of hiking paths. The seven and half mile Pierce Stocking Scenic Drive is placed all along the shore. P.J. Hoffmaster State Park in Muskegon and Warren Dunes in Warren, are two other excellent lakefront dunes.

The Detroit Institute of Arts is eminent because of its extensive category of human artistic content dating back to the earliest civilizations.

It is featured with more than 65,000 pieces of art in over 100 galleries. Tourists should visit the Detroit Public Library to admire the great architecture. Then visitors can stroll down to the Detroit Historical Museum, which is committed to the motor city’s intriguing history. This place is not only an industrial center but also the origins of the world famous Motown sound.

This collection of three exhibits, together known as “The Henry Ford“. explores not only the motor legend’s life and accomplishments, but also the range of American ingenuity.

At historic Greenfield Village, visitors may take a trip down memory lane and see how life looked like back in the 19th century. The Henry Ford Museum of American Innovation explores the stories of inventors and the forward-thinkers who helped to shape the world, we live in today. The Ford Rouge Manufacturer Tour allows tourists to see how an automobile factory operates.

The Detroit Zoo houses a diverse collection of species from around the globe. An aviary, a reptile and amphibian center, and a fine art collection may be found at the zoo.

The comparatively tiny Tauber Family Railroad, that has been in existence since 1931, may attract passengers on a tour around the park. Binder Park Zoo in Battle Creek also boasts a historic train journey. A wilderness tram across its African Savannah habitat, and the John Ball Zoo in Grand Rapids, provide a vast array of unusual animal engagement scopes.

Ann Arbor is home to the University of Michigan, which spans twenty-eight hundred acres.

The Power Center for the Performing Arts, the Law Quadrangle, and the Natural History Museum are just a few of the remarkable ancient Gothic structures. The University of Michigan Museum of Art, named the Kelsey Museum of Archaeology, which has rich collections linked to Mediterranean civilizations.

The University of Michigan Museum of Natural History is popular attraction in campus. The Matthaei Botanical Garden is also worth visiting, despite being outside campus. The Nichols Arboretum is located near to the core campus which is also worth a visit.

The island of Belle Isle, located in the Detroit River, is home to a large park with several stunning sights.

Turtles, pufferfish and clown fish, seahorses, and poison frogs are among the aquarium’s occupants. They are housed in a historic 1904 structure with a magnificent green man-made opalescent glass. The Anna Scrips Whitcomb Conservatory, which spans thirteen acres and includes some formal gardens and the Lilu Pond, is another famous site.

It comprises the Cactus House, the Show House, Palm House, Tropical House, and a buried Fernery, and belongs to one of the nation’s oldest conservatories. You may wish to visit the Dossin Great Lakes Museum to learn a little about the country’s naval history. The museum features continuous and seasonal exhibits that highlight the Great Lakes’ socioeconomic significance.

Michilimackinac, in Mackinaw City, which was used to be a French fur-trading settlement and military fortress that existed from 1715 to 1781, when it was almost completely destroyed by fire.

The attraction, which is portrayed as a living museum, offers a variety of activities. From agricultural and housekeeping duties to musket and marching training, costumed interpreters perform the daily activities as they would have done in typical day of 1775.

The Post Hospital, which describes medical treatment during the fort’s existence, and the Post Guardhouse, which investigates the era’s military court system, are among the highlights. Another destination is the Soldiers Barracks, which houses an exhibit on the island’s history.

The Michigan Historical Museum, situated in Lansing, was the state museum system’s initial building and is the system’s main instructional institution.

Exhibits and artifacts ranges from a look at the region’s indigenous peoples to the evolution and progress of the state into what it is at present. Interactive modules, films, and lectures are featured in both permanent and rotating exhibits in order to draw attraction.

Exhibits are changed on a regular basis to accommodate new technologies, while also boosting visitors’ capacity. The Michigan History Museum System also manages several other museum locations and archival collections, as well as historic landmarks and special programs and services for residents and visitors alike.

You may also like
Things To Do in Melbourne, Florida

Visitors will be impressed with all the variety of things to do in Melbourne, Florida. From sunny beaches to bask Read more

Things to do in Atlantic City in USA 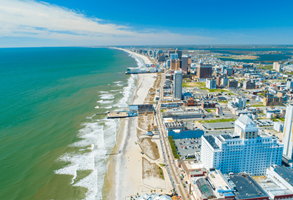 The vast array of splendid things to do in Atlantic City draw millions of visitors every year. It’s a well-known Read more