There’s an endless array of things to do in Nashvilla, Tennessee. Known for its music industry, visitors especially love to enjoy the live music of the Opry and nights at the Country Music Hall of Fame. While the city’s most brimming part is the Downtown, the Cumberland Park and Nashville Zoo brings out its diversity. In short, there’s something in Nashville to please almost anyone.

Once you step into this wonderful city, you’ll be awe of the number of things to do in Nashville, Tennessee. As one of the world’s most favorite and vibrant music destinations, undoubtedly there’ll be no shortage of amazing things to try. From taking a bus tour around the city, to exploring through the art museums, or catching a show at a live music venue, certainly you’ll not be bored.

Also called the Music City, Nashville is a must-see for anyone who is into music. Its streets are filled with clubs, bars, and concert halls of every kind. The other side of Nashville is filled with forests and ravines, and it features various interesting attractions, like the Shelby bottoms Nature Center & Greenway. While it’s located on the Cumberland River, the city is surrounded by incredible views of the nature.

The Nashville City Tour is a great way to get acquainted with the Music City and explore all the various attractions. While on the Double-Decker Bus, you can take in all the glorious sights of Ryman Auditorium, Nissan Stadium, Musicians Hall of Fame, and Vanderbilt University and hear insightful commentary about Nashville from the guides.

The tour is usually an hour long, and tickets can be easily purchased via mobile. There are both Open-Air and Air-Conditioned Seating available so you can choose as per your convenience. Through this ride you’ll get a quick overview of the city’s main sights. While enjoying stunning views of top landmarks You will also get to learn about Nashville’s history and culture.

Touring the Belle Meade is definitely one of the top Things to do in Nashville, Tennessee. Located about 8 miles southwest of Nashville, the Belle Meade plantation features a variety of rooms and gardens that are full of Victorian-style flowers and trees.

Tours of the mansion are offered by guides dressed in period costumes. There are also guided tours around the plantation. The most popular is the “Journey to Jubilee,” which explores the lives of the enslaved workers at the plantation.

In 2009, the Belle Meade Winery was opened to help fund the facility’s preservation. The attraction features a variety of wines and food. The grounds can also be self-guided, and visitors can also visit the various events held there, such as Halloween and Mother’s Day.

Amongst the most fun things to do in Nashville, Tennessee for couples is visiting the Grand Ole Opry, which had started as a radio show in 1925. Throughout its history, it has hosted various prominent country performers, such as Dolly Parton and Keith Urban.

Get a behind-the-scenes look at the Grand Ole Opry with either a daytime or post-show tour. During each tour, you’ll hear stories from legendary musicians and see photos from the venue’s history.

Tours of the Grand Ole Opry are very popular, with many reviewers praising the guides for their knowledge of the venue and their enthusiasm for the music industry. Surely, you’ll experience the same.

While touring Nashville, it’s best to stop in at one of the many bars lining Broadway. After all, it’s amongst the top things to do in Downtown Nashville. There are plenty of places to watch live music in the area.

For example, the Legends Corner, where the walls are adorned with country music albums and memorabilia. Visitors say the atmosphere at Legends is fantastic – vibrant but not too loud – and it’s the ideal spot to relax with a drink and watch the bands.

Secondly, there’s the Tootsie’s, which is easily identified by its lavender exterior. This “Honky Tonk Highway” can get rather loud and busy at night, and guests warn of exorbitant drink costs. Other popular music bars include Layla’s, The Stage on Broadway and Paradise Park Trailer Resort.

Before Nashville became known for its music industry, it used to be known for its higher education institutions. In 1897, builders built a replica of the Parthenon in the center of the city. A daylong visit to The Parthenon is undoubtedly amongst the top things to do in Nashville, Tennessee.

It’s is a cultural center that houses a variety of art forms from the classical era. Furthermore, there are various Greek plays performed here. It’s a must-visit for anyone who enjoys the arts. The Parthenon was only supposed to be temporary. It has since become a popular attraction, with models of the statues inside the building.

Discover the mysterious side of ‘The Man in Black’ through his artifacts and personal letters at one of the best museums in Nashville.

The Johnny Cash Museum features over 200 items from the life of the notorious Johnny Cash. The various exhibits detail Cash’s extravagant life, from his time in the Air Force to his marriage to June Carter and lots more. There are also displays that commemorate his various prison tour appearances.

Located on the Cumberland River near downtown Nashville, the Shelby bottoms Nature Center & Greenway features a variety of green spaces and exhibits that highlight local history.

Visiting this beautiful greenery is definitely one of the favorite things to do in Nashville, Tennessee for families.

The BCycle station is located at the bottom of the Shelby Bottoms Greenway, where bicycles can be rented for events and hikes. The area’s paved pathways and natural features make it a great place to bike or explore.

With over 300 animal species, the Nashville Zoo is a must-visit for animal lovers, and those seeking the top things to do in Nashville, Tennessee with kids. There are also numerous bird exhibits and fish exhibits.

There are plenty of hands-on activities at the zoo that kids can enjoy. Some of these include the Kangaroo Kickabout and the Lorikeet Landing. The zoo was well-received by visitors due to its well-kept facilities. Several reviewers noted that they enjoyed the variety of attractions that it has to offer.

Music and history lovers can mingle at The Country Music Hall of Fame & Museum, where hundreds of relics from the genre’s history can be found. Take a self-guided tour to experience the history of country music.

Studio B is a two-story wall-mounted recording studio that houses over 30,000 songs by some of the most influential artists in country music. And thus, touring it has made to several lists on best things to do in Nashville, Tennessee.

Nashville has great views of the Cumberland River, which flows through Kentucky and Tennessee. One of the best ways to see it is by visiting Cumberland Park.

Located on the Nashville River, this park features a great view of the city and its famous pedestrian bridge also. Additionally, it’s also a great place to take a walk along the river. This river park features a splash pad that can cool off during hot summer days. It also has various other attractions such as climbing structures and butterfly garden.

Without a question, there are aplenty of things to do in Nashville, Tennessee. Each of these are worth experiencing and will surely make you drive back to city again and again. So hurry up, and plan your trip today! 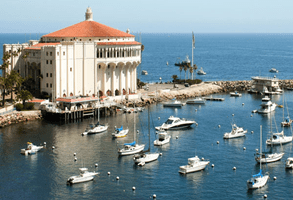 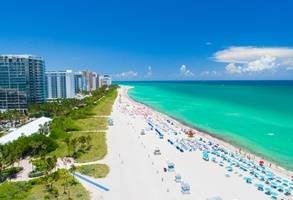 This question naturally comes to the mind of the tourist before the tour plan in Miami, is Miami safe? Miami, Read more